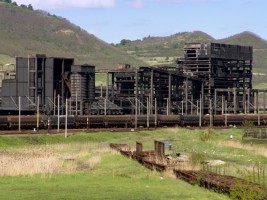 Internews, a non-profit media development organisation and CBA affiliate, has teamed up with the University of California at Berkeley (UCB) in the US to launch the Earth Journalism Scholars Program. The initiative aims to boost the training of journalism students for reporting on global environmental issues.

A collaboration between Internews’ Earth Journalism Network (EJN) and UCB’s Graduate School of Journalism, the cornerstone of the programme will be a graduate level course on international environmental reporting, which will include overseas reporting trips for students. Fellowships for foreign mid-career journalists are planned for future years, where they will be able to attend UCB for a semester.

“Environmental peril is immense and complex, and it’s oblivious to national borders. That’s why EJN’s imaginative approach is so perfectly suited to the subject, and why we are so pleased to be hosting this enterprising programme,” said Edward Wasserman, dean of UCB’s journalism school.

The course will bring in guest experts to speak on issues such as climate change, biodiversity, oceans, forest, agriculture and environmental health and help explain the technical side of these topics. Students will receive support in the form of travel funds, and overseas contacts – from among the 4,500 members of the EJN to produce their own international stories.

The EJN currently works with several thousand journalists and dozens of environmental media organisations around the world, with a focus on developing countries, with the aim of improving the quantity and quality of their environmental coverage. Since 2004 it has trained over 2,600 journalists.