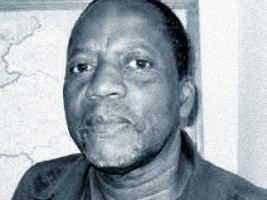 The CBA expresses sadness at the news of the death of Terrence Holder, the former President and Secretary-General of the Caribbean Broadcasting Union, Terrence Holder.

Holder, who began his broadcasting career at the former Guyana Broadcasting Service, passed away in Georgetown, Guyana after a prolonged illness on 8 January, aged 73.

Gary Allen, Vice-President of both the CBU and the CBA, paid tribute to Holder, who held the distinction of being the only person to have been a member, Secretary-General and President of the union, which Allen said “is the single most defining indication of how deeply committed he was to our union and to the broadcasting industry.”

He added: “Under his watch as Secretary-General the regions first television news exchange, Caribvision, was launched and he was also in the union’s leadership when the Caribvision programme exchange was born through the magazine programme, Caribscope.

“Terry’s commitment to regionalism was evidenced by these commitments at all levels. We are saddened by his death but we know that his contribution will always be acknowledged by the CBU,” Gary Allen concluded.

This entry was posted in Latest and tagged Caribbean, CBU, Guyana.