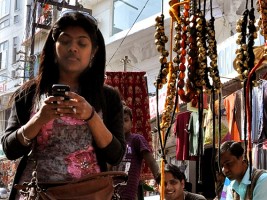 Prasar Bharati is planning to launch mobile and tablet apps for Doordarshan (DD) TV and All India Radio (AIR), India’s oldest broadcast media. The apps will provide news and entertainment to users and the opportunity to subscribe to digitised archive material, according to a report by the Times of India.

The 83-year-old AIR launched an Android app back in March, and is currently enjoying a 4.5-star rating and tens of thousands of downloads since launching.

The expert committee set up by the Indian government at the start of the year to look at the structure of Prasar Bharati has recommended that it should have a third arm – digital. It is seen as a push by the public service broadcaster to bring it up to date but also to help restructure its revenue sources. The report said that the organisation hopes to earn ad revenue of 200 crore rupees (£21m), with digital media eventually contributing  to around a third of its revenue.

“The apps for news service will be a priority,” a source was quoted as saying in the Times, “Prasar Bharati has an unenviable, credible network through the length and breadth of the country that will be put to use. It has the potential of creating its own niche amid the private news broadcasters.”

The broadcaster is also said to be selling surplus land to aid its financial restructuring. Digital services may also generate revenue by making archival content available for paid subscription.

It was recommended that a new digital wing not only source content from Doordarshan and AIR but should help generate new streams of content.

The recommendations follow on from an increased following for DD and AIR’s social media presences. For example, AIR’s news Twitter account has 20,000 followers and DD’s YouTube channel receives over 700 views per day for its 1,700 videos.

The apps are planned to be launched by the end of the year. The expert committee, led by established technology adviser Sam Pitroda, is expected to report on its findings in October.