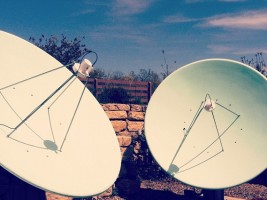 A privately owned TV station will begin broadcasting in Zimbabwe this week, intending to provide an independent voice ahead of elections, a company spokesperson said on Wednesday.

Speaking for 1st TV, Temba Hove said the station would broadcast “impartial, factual news to the people of Zimbabwe as well as popular soap operas and comedies,” it was reported by AFP.

Broadcast media in Zimbabwe is dominated by state-controlled outlets favourable to President Robert Mugabe, and Hove said the channel would serve as a platform for “all people to express their views”.

“Thirty-three years after independence it is high time that the people get what they demand and deserve in respect to their right to information,” he said.

Hove, a former producer and presenter at the state broadcaster Zimbabwe Broadcasting Corporation (ZBC) will be running the station, alongside Andrew Chadwick, who once worked for Mugabe’s rival, Prime Minister Morgan Tsvangirai.

Currently ZBC runs the country’s sole TV station, as well as four radio stations. Many Zimbabweans have relied on the free-to-air Wiztech decoders to access alternative stations such as South Africa’s SABC. However South Africa blocked its signals to decoders a couple of weeks ago, sparking a furore over social media and a proliferation of technicians charging to reconnect the signal in Zimbabwe. The new station will broadcast via satellite and reportedly will be accessed the same way that the SABC was previously.

Political rivals have long complained about the national media being used to promote Mugabe and criticise his opponents. The launch of the new station follows the news that ZBC reportedly demanded a $165,000 payment from Tsvangirai’s MDC-T party for coverage in the run up to the presidential election at the end of this month, but no charge for Mugabe’s Zanu PF.

Zimbabwe has been suspended from the Commonwealth since 2002, and formally withdrew itself in 2003.